DALLAS and TORONTO, Nov. 25, 2019 /PRNewswire/ -- NexPoint Hospitality Trust, ("NHT"(1)), (TSX-V: NHT.U) announced today the release of NHT's financial results for the three and nine months ended September 30, 2019. Additionally, the board of trustees announced NHT's third quarterly distribution of $0.075 per outstanding trust unit ("Unit") payable on or about January 15, 2020 to unitholders of NHT ("Unitholders") as of the record date December 31, 2019. All amounts are expressed in U.S. dollars. 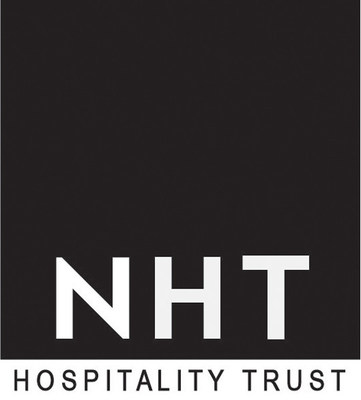 DALLAS and TORONTO, Nov. 25, 2019 /PRNewswire/ -- NexPoint Hospitality Trust, ("NHT"1), (TSX-V: NHT.U) announced today the release of NHT's financial results for the three and nine months ended September 30, 2019.Â  Additionally, the board of trustees announced NHT's third quarterly distribution of $0.075 per outstanding trust unit ("Unit") payable on or about January 15, 2020 to unitholders of NHT ("Unitholders") as of the record date December 31, 2019.Â  All amounts are expressed in U.S. dollars.

"We continued to achieve our objectives in the third quarter posting strong revenue and AFFO growth as a result of our renovation strategy.Â  We are extremely excited about the closing of the Condor acquisition as we believe it will provide several benefits to our existing portfolio and is immediately accretive," said lead independent trustee Neil Labatte.

In early June, a guest at the Holiday Inn Express in Nashville, Tennessee ("HIX Nashville") hung a piece of dry cleaning on a sprinkler head, which activated the sprinkler and resulted in major water damage in 27 rooms and lesser damage to 31 rooms.Â  As a result of the damage, the rooms were removed from service for a period of time during the third quarter.Â  Removing the rooms from service is expected to reduce NHT's net operating income by approximately $0.4 million and $0.6 million for the three and nine months ended September 30, 2019, respectively.Â  Management has been working closely with the hotel's insurance company and currently estimates approximately $0.7 million in business interruption insurance recoupment, representing full recovery of related losses.Â  Under International Financial Reporting Standards ("IFRS"), income cannot be recognized until it is likely to be received and the amount is accurately estimated.Â  As a result of IFRS rules, NHT cannot include the impact of the damage in formal results presented its financial statements.Â

About NHT
NexPoint Hospitality Trust is a publicly traded real estate investment trust, with its Units listed on the TSX Venture Exchange under the ticker NHT.U. and NHT is focused on acquiring, owning and operating well-located hospitality properties in the United States that offer a high current yield and in many cases are underperforming assets with the potential to increase in value through investments in capital improvements, a market-based recovery, brand repositioning, revenue enhancements, operational improvements, expense inefficiencies, and exploiting excess land or underutilized space. NHT owns 11 branded properties sponsored by Marriott, Hilton and Intercontinental Hotels Group, located across the U.S. NHT is externally advised by NexPoint Real Estate Advisors VI, L.P.

Forward-Looking Information
Certain statements in this press release may constitute "forward-looking" information that involves known and unknown risks, uncertainties and other factors, and it may cause actual results, performance or achievements or industry results, to be materially different from any future results, performance or achievements or industry results expressed or implied by such forward-looking information. Forward-looking information is identified by the use of terms and phrases such as "anticipate", "believe", "could", "estimate", "expect", "intend", "may", "plan", "predict", "project", "will", "would", and similar terms and phrases, including references to assumptions. Â In particular, the expectation that the acquisition of Condor will be completed, the timing for the closing, the expected benefits of the acquisition including NHT's gross asset value following closing of the acquisition and the anticipated recovery of approximately $0.7 million under HIX Nashville's business interruption insurance policy constitute forward-looking statements.

Forward-looking information contained in this press release is based on certain key expectations and assumptions made by NHT, including, without limitation, expectations that the closing conditions of the Condor acquisition will be satisfied and the acquisition will close, assumptions respecting the amount of the expected monthly cash distributions and the timing to pay such cash distributions to unitholders, the ability of NHT to recover amounts under HIX Nashville's business interruption insurance policy and a reasonably stable North American economy and stock market. Although the forward-looking information contained in this press release is based upon what the NHT's management believes to be reasonable assumptions, NHT cannot assure investors that actual results will be consistent with such information. Forward-looking information reflects current expectations of management regarding future events and operating performance as of the date of this press release. Such information involves significant risks and uncertainties, should not be read as guarantees of future performance or results, and will not necessarily be accurate indications of whether or not such results will be achieved. A number of factors could cause actual results to differ materially from the results discussed in the forward-looking information, and a description of these factors can be found under "Risk Factors" in NHT's final prospectus dated March 27, 2019, NHT's final short form base shelf prospectus dated November 15, 2019 and Management's Discussion and Analysis dated November 25, 2019, which are available on SEDAR (www.sedar.com).

1 In this release, "we," "us," "our," and "NHT" each refer to NexPoint Hospitality Trust.
2Â  FFO, Core FFO, AFFO, NOI, NOI Margin Debt to Gross Real Estate Value Ratio and Core FFO payout ratio are non-IFRS measures.Â  See "Non-IFRS Financial Measures" in our MD&A for definitions of each of these measures and a reconciliation of these measures to Net Income.